When I see fellow practitioners of the Li Style Dao Yoga System performing various exercises. Many just seem to do isolated movements, were they just lift an arm up to shoulder height or above their head, but the rest of the body remains static, non-moving, not connected to the rest of the body. Basically Dao Yoga is just another name for Daoyin (Guiding & Leading) or the more popular name now being widely used is “Qigong”. Irrespective of what name is used to describe this particular style of exercises, the exercises themselves must combine the Five Components of the whole body within its actions, which are the Legs, Torso, Arms/Hands, Concentration and Breathing there should be no isolated actions. As the aim of the whole Li Style Dao Yoga System is not just to exercise the external physical body, but to also effect the internal circulation of the blood and Qi to nourish and strengthen the functioning of the internal organs for better health and wellbeing.

If the exercise being practiced is to really benefit the body, them it is important that the whole body is used and fully connected. In the practice of the Li Style Dao Yoga exercises there are two sets for every exercise, what is known as the “Sequence” or (Yin) set. The Yin set is performed very slowly with coordinated breathing and the movements are performed slowly and gently. Whereas, the second set is known as the “Extension” (Yang) set, which is again performed slowly with breathing, but the actions are more dynamic with the aim to stretch as far as possible and to increase the stretch on each repetition. Over-al non of the movements must be held statically in one position and the individual forced to stay in that position and told to relax. Each of the exercises are kept slowly moving and are guided by the practitioners breathing skill in coordination with the movements.

If the whole body is kept in harmony with the five components being involved in each exercise, then the Qi will also flow smoothly through the meridians and channels (Jingluo) throughout the entire body. But if the practitioner performs isolated actions, then the parts of the body that are not moving, the Qi will either slow down or stagnate causing blockages to occur inside the energy pathways. Sadly to many students are taught isolated Dao Yoga exercises were one limb is moving and the rest of the body is not. 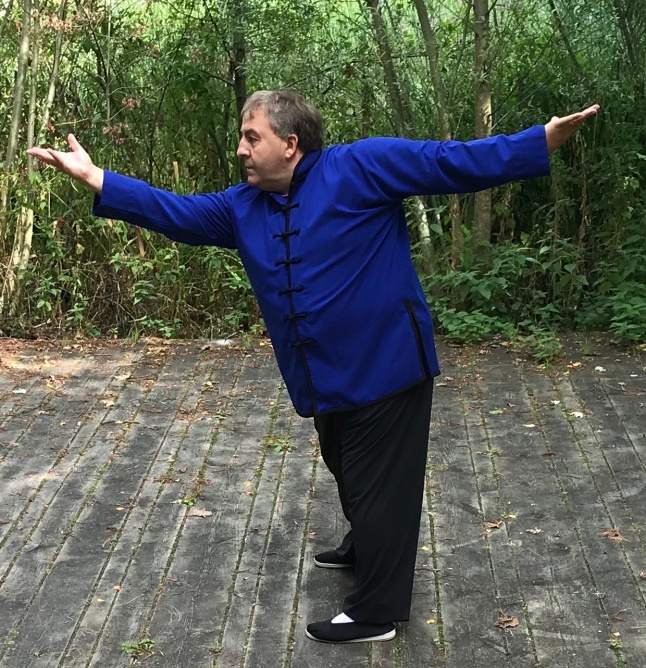