This Yun Shou Gong (Clouds Hands Qigong) Exercise comes from the Daoist Kunlun Mountain School it promotes health and wellbeing through the connection of the Mind, Body & Breathe that cultivates the Qi to strengthen and nourish the functioning of the internal organs (Zangfu). It can be taught both as a static or moving exercise, as a static exercise it involves the gentle rocking of the bodyweight from one leg to another in co-ordination with sideward arm actions that are performed with deep breathing. The moving step exercise allows the individual to take a series of sideward stepping actions in both directions, were the bodyweight is only placed fully onto one leg at a time in co-ordination with the sideward arm actions and breathe work. Obviously the Cloud Hands Qigong Moving Step Exercise develops the individuals balance, co-ordination and concentration.

Because of the unique stepping action that is applied to the sidewards moving step action of the Cloud Hands Qigong Exercise. It gently stretches the muscles around the hips and lower back to release muscular tension that may have accumulated due to sitting at a desk or driving a car for long periods, or from old age, injury or illness. As the muscles around the hips and lower back relax, more blood (Xue) and energy (Qi) can flow into the lower extremities. Also due to the unique sideward stepping actions the hip joints are also gently opened and closed, acting like pumps to enter and flow fresh blood into the hips joints and legs, carrying fresh nutrients to nourish the muscles, tendons and bones of the lower extremities.

Alongside the sideward stepping actions of the both legs, the two arms also perform alternating sideward circles that gently stretch the muscles of the upper back and shoulders to release accumulated muscular tension. Plus the thoracic and cervical joints of the spinal column are also gently stretched to help each individual to release any joint stiffness that has built up over time. Through the sidewards stepping and circling of the both arms a traction of the muscles and joints of the back, hips and spine performed that helps to maintain a healthy and relaxed back, spinal column and hips.

Combining the breathing with the movements enhances the blood & Qi circulation throughout the entire body. As the Qi begins to mobilise itself throughout the entire body the individual will begin to experience a feeling of warmth or heat building within their body, they might also experience certain sensations like tingling, fullness, heaviness and maybe movement inside themselves while they are practicing the Cloud Hands Qigong Exercise. The breathing helps to strengthen the cardiovascular system, soothe the nervous system, boost the immune system, drains the lymphatic system of toxins within the individuals body.

Energetically the Cloud Hands Qigong (Yun Shou Gong) opens both the Small & Large Heavenly Circulation (Xia, Da Zhou Tian) through the Qi travelling through the Eight Extraordinary Vessels (Qi Jing Ba Mai). Some main Acu-Point cavities (Qixue) used within the practice of the Cloud Hands Qigong are located in the centre of both palms (Laogong) Labourers Palace Points (PC8), on the balls of both feet (Yongquan) Gushing Spring Points (KD1). 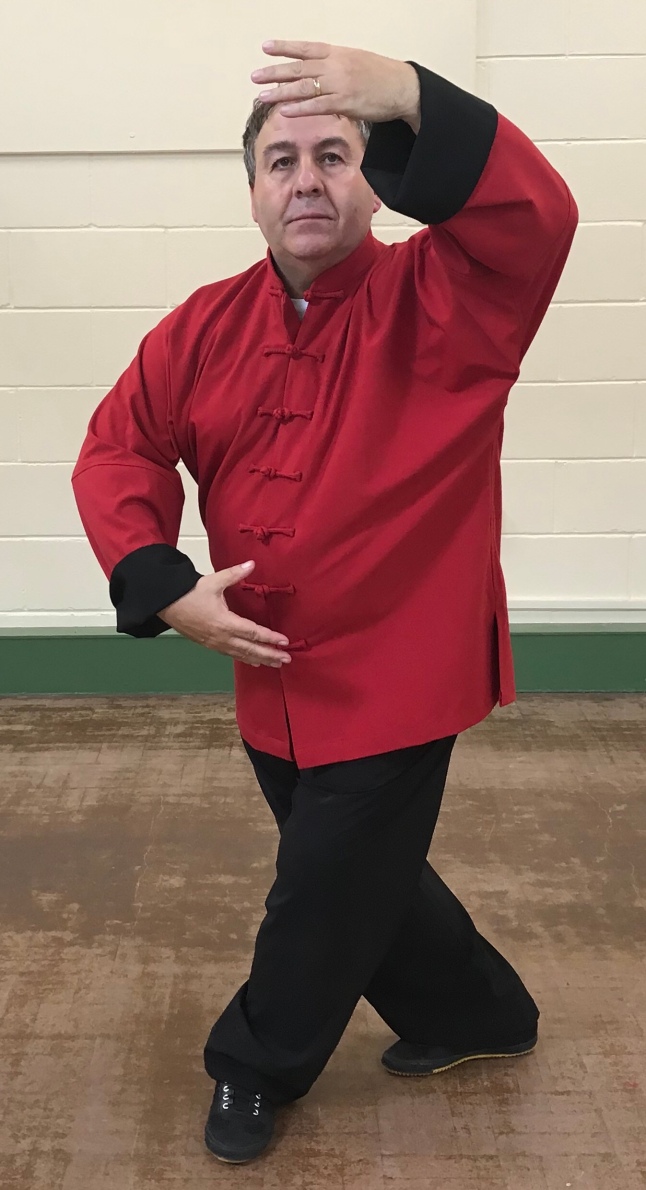