There are numerous amount of lowline kicking methods that are both taught and practiced by the students of the Original Feng Shou Quan-Gongfu system as taught by the LFIAA. One of these lowline kicking methods is the “Ankle Sweep Kick” ( Huai Sao Jiao) this particular kicking method can be used both defensively or offensively by the student always combining this particular kicking method with hand methods (Shou Fa) to help create an open to use the kick effectively or to disguise the kick until the last moment not giving your opponent any chance to escape or evade the kick.

The Ankle Sweep Kick can obviously be performed from either the front or rear foot and as it’s name says it targets the opponents ankles to knock them off balance and to possibly break their ankle. When using the foot to perform the ankle sweep kick the student will use the sole of the foot to attack the opponents ankles by pointing the big toe edge of their foot upwards. A really good well timed ankle sweep kick can quickly make the opponent be knocked  to the floor, it can also be combined with fast powerful striking techniques to distrust the opponents balance allowing for the student to follow up with a striking combination.

Obviously the lowline ankle sweep kick can also be combined with other kicking techniques that allows the student of the Original Feng Shou Quan-Gongfu to target other vulnerable areas on the opponent like attacking their back leg or groin area. When we use the same leg to perform the ankle sweep kick and then use the same leg to deliver another kick we call this particular kicking method a “Swaying  Kicking Method” (Bai Jiao Fa) or sometimes also known as a double kicking method (Shuang Jiao Fa) for which there are a nemurous amount of kicking variations. Another alternative is to switch legs by using say your right leg to perform the ankle sweep kick and then quickly use your left leg to perform another type of kick to follow up with. 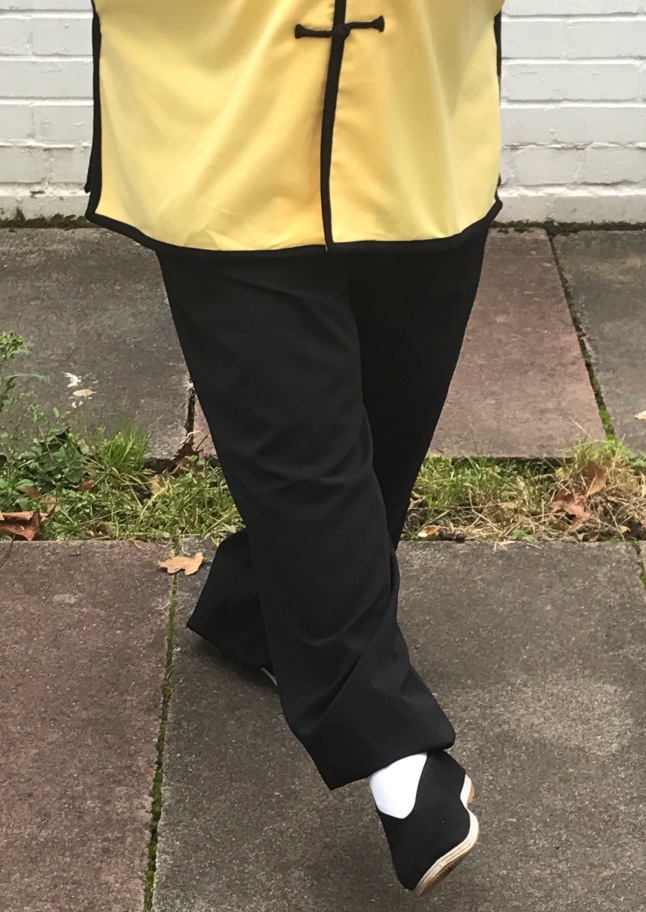